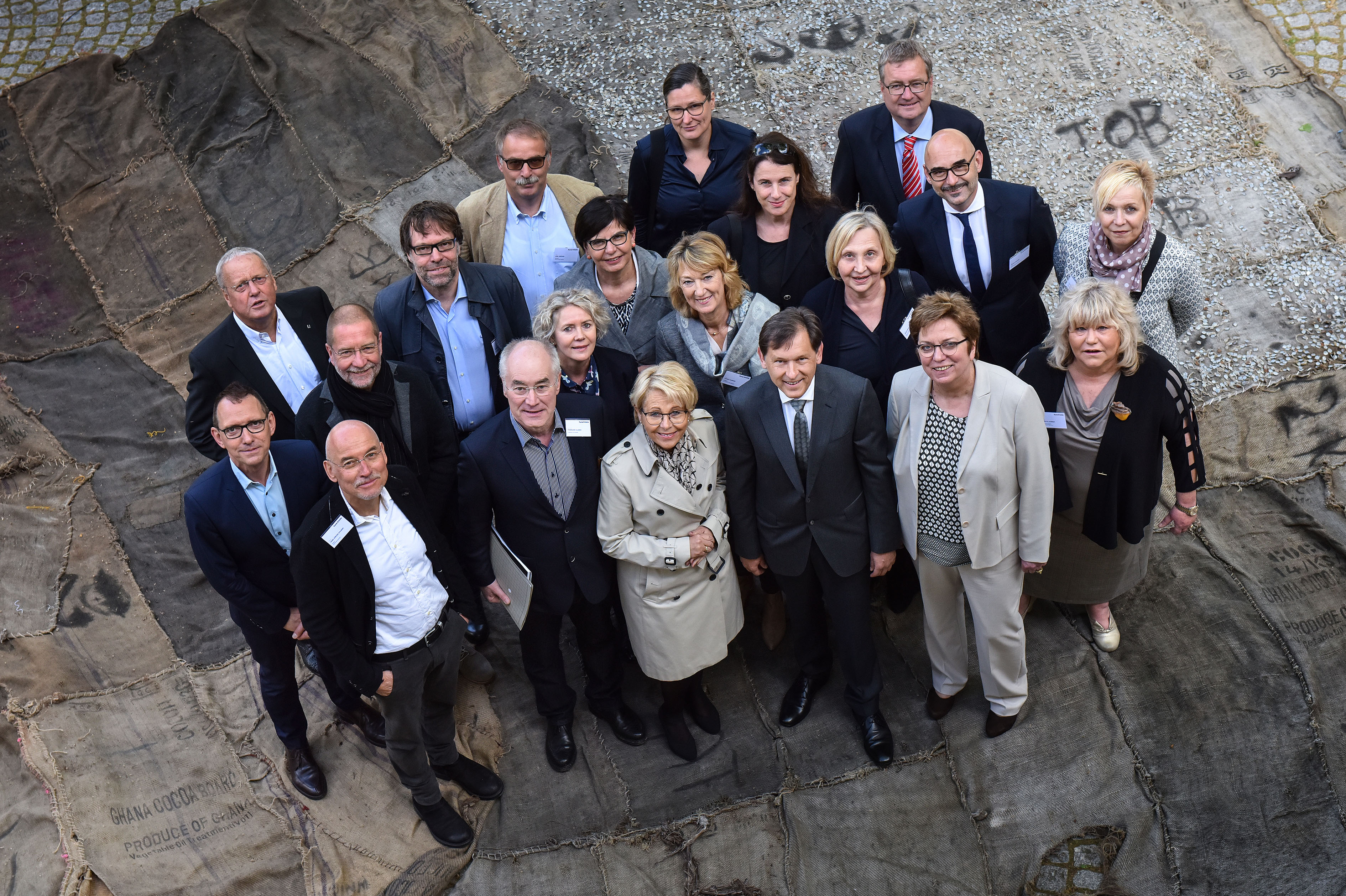 This group of museums has been working together for over 10 years now. Each year, the RuhrKunstMuseen – of which there are 21 – present approximately 130 art exhibitions across 45,000 square meters of space in 16 cities within the Ruhr area. The network joined forces as part of a campaign to highlight the diverse museum landscape of the Ruhr Metropolis, to make local art lovers more aware of the collective cultural events taking place in the region, and to attract people with an interest in culture to the region. At the same time, joint exhibition projects such as CHINA 8 (2015) or Kunst & Kohle (2018) give individual museums an extended reach and further contribute towards the Ruhr area attaining national recognition as one cultural area. On a local level, the RuhrKunstMuseen can be seen taking part in inter-city cultural mediation projects such as RuhrKunstNachbarn or the "Public Art Ruhr" series of exhibitions on the subject of art in the public space.

The RuhrKunstMuseen are a unique collection of urban museums which represent the exceptional concentration of modern art which can be found across the Ruhr area, a range which encompasses everything from the 19th century to Modernism to contemporary art. An interrelated network spans the entire Ruhr area, with high-quality collections able to be found in industrial buildings, castles, exceptional architectural accomplishments dating back to the decades following the war, and spectacular new buildings.

The art museums came together as a result of the Ruhr area's appointment as European Capital of Culture in 2010 under the RUHR.2010 campaign. Since then, the RuhrKunstMuseen have appeared under this name as a single network. They pursue a joint marketing strategy which, among other things, includes agreeing upon a corporate design, which is featured on the joint website, in exhibition booklets, at trade fairs and events, and more.

Cultural Networks in the Ruhr Area

Furthermore, the network sees itself as a cultural and political power, aiming to bring together various cultural bodies and people involved in both the public and private cultural sectors within the region. 2015 saw the creation of the RuhrBühnen network – a network made up of eleven publicly financed theatres that was based on the RuhrKunstMuseen model. Since then, both networks have been working together to market the Metropolis Ruhr as a cultural destination for tourists. One milestone in this collaboration is the creation of the RuhrKultur.Card. This annual pass combines the exciting, inter-city cultural experiences on offer in the RuhrKunstMuseen and RuhrBühnen across the Metropolis Ruhr into one.